Lori B. Duff attended Duke University and then went on to Emory Law School, graduating in 1994.  Mrs. Duff began her legal career in the Juvenile Division of the DeKalb County District Attorney's Office.  There, she quickly established herself as a state-wide recognized expert in Juvenile law and procedure, testifying several times before the legislature and lecturing for the Prosecuting Attorney's Council.  Mrs. Duff left DeKalb County in 2005 to begin her career in private practice.  Since then, she formerly served as a Judge Pro Tempore with the DeKalb County Juvenile Court,
and currently serves as the Presiding Judge in the city of Loganville, and is the 10th Judicial District Representative to the Council of Municipal Court Judges.  Mrs. Duff was the first woman in the Alcovy Circuit to be included on the 'short list' of candidates for appointment to the Superior Court bench by the Judicial Nominating Committee. Along with Mr. Jones, Mrs. Duff was able to obtain a $2,300,000.00 settlement for a personal injury client.  Mrs. Duff is also a trained mediator, and is a registered neutral with the State of Georgia, with specialty certifications in Domestic Relations and Domestic Violence. Mrs. Duff is the author of three bestselling books, as well as the popular "Legalese" column in the Monroe Local and a blog that can be found at www.loriduffwrites.com/blog.  Mrs. Duff is married to a retired DeKalb County Police Sergeant, and has two children who attend Walton County Public Schools. 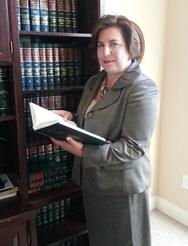 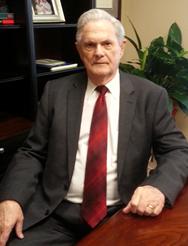 Don M. Jones (1933-2018) began his career in the United States Air Force.  After his return to civilian life, he graduated from the University of Alabama School of Law in 1962.  He began his practice in Birmingham at Markstein, Cain & Christian.  In 1972 he moved to Georgia where he has since become a much admired fixture in the Gwinnett and Walton County legal community with a reputation for taking on difficult and sometimes unpopular cases. Mr. Jones' lengthy and incomparable experience allowed him to gain knowledge in almost very area of the law.  Among other things, he was the city attorney for Walnut Grove, and served on the Tripartite Committee prior to the establishment of the current public defender system.  He was a member of the elite Georgia Trial Lawyers Association.  He was a trained mediator, and was hand-selected by the Courts to litigate complex criminal matters.  Along with his partner, Lori B. Duff, Mr. Jones was able to obtain a $2,300,000.00 settlement for a personal injury client.  Mr. Jones was married with six daughters.